Visa for People of The Faith

America is so sensitive to diversity that it affords immigration opportunities to even religious workers. Religious workers include persons of all faiths, such as Buddhists, Christians, Muslims, Judaists etc. Perhaps, Congress must have been seriously thinking about enriching the religious foundation of the country when it created this opportunity. After all, a significant number of the very first wave of immigrants came to America in search of religious freedom. People of faith can enter the country with religious worker non-immigrant and immigrant visas.

Immigration and Nationality Act Section 101 (a) (15) ® provides for non-immigrant or R visas. They are non-immigrant because the holder can reside in the US and work only for a temporary period not to exceed five years. The initial grant is for three years, and it can be extended for an additional two years. After the expiration of the five years, the holder would have to leave the country for one year before she can be eligible to apply again. A spouse or child of the holder is entitled to the derivative R-2 status.

To qualify, the applicant must be either a minister or a person working in a professional capacity in a religious vocation or occupation or working for a religious organization. The minister must have a proof of ordination. deacons, practitioners of Christian Science, officers of the Salvation Army and ordained persons of other religious faiths may be deemed ministers. A person working in a professional capacity must have a Bachelors degree or foreign equivalent. Religious occupation is any religious activity of a traditional religious brand. Examples are cantors, liturgical workers, translators, religious broadcasters, workers in religious hospitals etc. They do not, however, include clerks, persons performing lay work like nurses, fundraiser or maintenance workers.

A religious organization is one that is non-profit and tax-exempt and dedicated to the propagation of the divine faith. It should be a group or community of believers with some form of ecclesiastical government, creed, statement of faith, some form of worship, discipline, services and ceremonies or the like. The applicant must be a member of the religious organization for at least two years immediately before she files the application for the visa with either the State Department or the Department of Homeland Security.

Immigration and Nationality Act Section 101 (a) (27) (C) provides for religious worker immigrant visas. It is immigrant because the recipient comes as “Green Card” holder, and can permanently reside and work in a religious capacity in the United States. If the applicant is outside the United States at the time of the application, the processing of her documents is done at a nearby consulate or embassy of the United States. But if she is already in the US in another visa status, the processing can be done here. She will first have to file the I 360 religious worker petition, and when approved, file the I 485 petition for adjustment of status with the Department of Homeland Security.

The information in this article is not a legal advice. If you need legal advice and information on forms and documentary support for applying for this visa, contact the Law Offices of Swaray & Associates at either 763-549-0670 or Golden Valley Corporate Center, 1710 Douglas Drive, Suite 107, Golden Valley, MN 5422. An immigration attorney will be available to assist you. 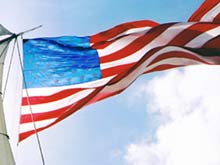 Getting a Green Card Through Employment in the United States