With the regional center program set to expire in September 2015, the EB-5 industry has been given new life in the form of the American Entrepreneurship and Investment Act of 2015. The Act was introduced ton January 28, 2015 by Congressmen Jared Polis (CO-02) and Mark Amodei (NV-02), and is a follow-up to last year’s bill of the same name. The bill would make the regional center program permanent and allow for continued job creation and a more reliable stream of foreign capital.

“Our nation has always been at its strongest when we attracted the best and brightest minds to help build and invest in our economy,” said Rep. Polis. “The EB-5 visa program is an important tool that brings innovation and investment to the United States, and this bipartisan bill will improve and make permanent the program so that foreign investment and talent will continue to flow into our businesses, and strengthen our economy.”

“This bi-partisan, pro-investment, pro-growth and pro-jobs bill is one piece of the legislative solution to reform legal immigration,” said Rep. Amodei. “As stated in Article I, Section 8, Clause 4 of the Constitution, ‘The Congress shall have power to… establish a uniform rule of naturalization.’ That is a responsibility we owe the country to take seriously.”

The legislation makes several much-needed improvements, most notably making the regional center program permanent. It also creates new designations for Targeted Employment Areas, and leaves those designations up to the state’s discretion.

USCIS and industry transparency are also addressed in Congressman Polis’ legislation. The act, if signed into law, would require that USCIS defer to its own prior rulings, except in cases of “material change, fraud or legal deficiency.” This transparency makes USCIS’ expectations and requirements clear to regional centers and investors, and provides a consistent foundation from which to interpret regulation.

Processing times would also be streamlined under the legislation. USCIS would be required to make rulings on proposals no later than 180 days after which they are filed. In the event of a request for evidence, the Secretary shall adjudicate the proposal or application not later than 30 days after the receipt of such information or documentation…” and “the filing party shall be notified in writing within 30 days of the date of filing if the filing does not meet the standards for approval.”

Regional Centers are made more resistant to fraud under the newly proposed legislation as well. New standards would be set for owners, operators, and managers to be regulated to combat fraudulent activity.

Furthermore, the legislation attempts to alleviate annual visa congestion by not having the spouses and children of immigrant investors to count against the annual visa limit.

It is exciting to see such comprehensive program reform once again up for discussion in the House of Representatives. The EB-5 industry needs these kinds of changes to continue to operate efficiently and withstand the high demand from foreign investors. Contact your representative today and urge them to support the American Entrepreneurship and Investment Act of 2015.

The 18-month extension also allows TPS re-registrants to apply for a new Employment Authorization Document (EAD). Eligible TPS El Salvador beneficiaries who re-register during the 60-day period and request a new EAD will receive one with an expiration date of Sept. 9, 2016. USCIS recognizes that some re-registrants may not receive their new EAD until after their current one expires. Therefore, USCIS is automatically extending current TPS El Salvador EADs that have a March 9, 2015, expiration date for an additional six months. These existing EADs will now be valid through Sept. 9, 2015.

Applicants may request that USCIS waive the Form I-765 application fee or biometrics fee based on an inability to pay. To do so, applicants must file a Form I-912, Request for Fee Waiver, or submit a written request. Fee-waiver requests must be accompanied by supporting documentation. USCIS will reject the TPS application of any applicant who fails to submit the required filing fees or a properly documented fee-waiver request.

All USCIS forms are free. Applicants can download these forms from the USCIS website at www.uscis.gov/forms or request them by calling USCIS toll-free at 1-800-870-3676.

Additional information about TPS for El Salvador —including guidance on eligibility, the application process and where to file—is available online at http://www.uscis.gov/tps. Further details about this extension of TPS for El Salvador, including the application requirements and procedures, will appear in a Federal Register notice published today.

Applicants seeking information about the status of their individual cases can check My Case Status Online, or call the USCIS National Customer Service Center at 1-800-375-5283 (TTY 1-800-767-1833).

The new fiancé visa process replaced the old in October of 2013 when the DS-230, DS-156 and DS-156K were replaced by the DS-160.  The DS- 230, DS-156 and DS-156K were all filed by mail.  But the DS-160 is now required to be filed online once the petition to classify the alien fiancé is approved.  The Form I-129F, on which the classification is filed and most of the other visa requirements of the old fiancé visa process, remains the same. 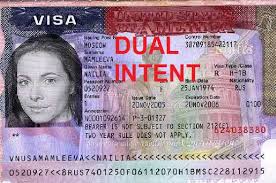 After marrying, the foreign fiancé can then choose to file for a Green Card if she and her husband want to permanently reside in the United States.  There are cases in which the foreign fiancé and her US citizen spouse marry in the United States, but choose to permanently reside in a foreign country, and may not need to file for a Green Card to reside in the country. 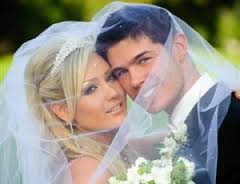 A Wedding is a Beautiful Thing

To start the visa process, the United States citizen files the Form I-129F with the Citizenship and Immigration Services (CIS) to classify his alien relative fiancé.  The CIS will review the petition for evidence of contact and courtship between the parties, and if they exist, will approve the petition.  It will inform the Petitioner about the approval, and then forward the application to the National Visa Center (NVC) for visa processing. 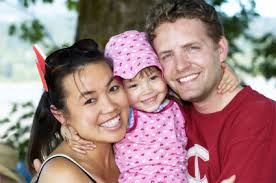 A Child of the Beneficiary can get the Visa as well

The NVC will advise the Petitioner that it will do the visa processing, and also about the next steps the Petitioner needs to take to complete the process.  In general, the beneficiary needs to pay the visa filing fee, prepare the supporting documentation for the visa interview and schedule the visa interview.  The supporting documents beneficiary needs to prepare and take to the visa interview are identity, nationality, status as a person, fitness for marriage, and health and criminal background fitness documents.  The Petitioner, on the other hand, needs to prepare documents that show that he can take care of his fiancé, and documents to prove his fitness and prepardness for the pending marriage and continuing courtship with the alien fiancé. 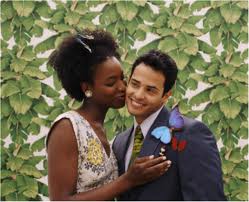 Children of fiancés can accompany their parents as derivative beneficiaries.  They do not have to file a separate Form I-129F at the beginning of the process.  The Petitioner can just list them on his Form I-129F.  But upon the approval of the petition, they are required to file separate visa petitions with the NVC and the United States consulate. 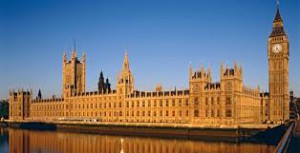 There are cases where the beneficiary moves to another country before or after the filed fiancé visa petition is approved.  In such a case, the Petitioner can request for transfer of the petition to the consular venue of beneficiary’s new residence for continued processing of the visa.

In general, the fiancé visa process takes about six to nine months from the petition filing date.  This time can, however, be longer if there are filing mistakes that need to be corrected or the various processing agencies make additional requests to which the parties do not quickly attend.

The writer of this blog is an attorney at Swaray Law Office in Brooklyn Center, Minnesota.  Brooklyn Center is in the neighborhood of the cities of Brooklyn Park, Minneapolis, Crystal, New Brighton and Blaine in the Twin Cities area of Minnesota.  Should the reader need additional information on fiancé visas, contact Swaray Law Office at swarayassociates@cs.com or 763-549-0670