DACA and DAPA Injunction Appeal to be heard on April 17, 2015

There is a hearing scheduled on April 17, 2015 on the appeal of the temporary injunction on the enforcement of President Obama’s deferred action that was announced on November 20, 2014.  The injunction was issued by US District court Judge Andrew Hanen in Brownsville, Texas.

Judge Hanen had issued the injunction at the request of the coalition of 26 states led by Texas.  The states had asked for the injunction because they argued that the enforcement of DACA and DAPA will inflict irreversible economic harm on them.  They also argued that Obama had  exceeded his executive authority in granting the relief, and that his executive order, under which the relief was granted to illegal immigrants, violated the Administrative Procedure Act, the Separation of Powers and the Immigration and Nationality Act.

The motion to lift the injunction was filed in the early part of March, 2015 with the 5th Circuit court in New Orleans in Louisiana.

If the Government succeeds in lifting the injunction, about five million undocumented immigrants may apply and get relief from deportation, and also be able to apply for and get certain basic benefits and necessities.  Their open unrestricted activities is expected to immensely benefit the US economy in the various states.

This blog is by an attorney at Swaray Law Office in Brooklyn Center, Minnesota.  Brooklyn Center is contiguous to Minneapolis and other cities, such as Brooklyn Park, Crystal, Maple Grove, Champlin, Blaine and Robbinsdale.

The Texas Injunction that Temporarily Blocked DACA and DAPA 2014

On November 20, 2014, President Obama, under his executive order power as President of the United States, granted deferred action to about five million illegal immigrants in the United States.  The order came in the midst of a fierce oppostion from the Republican members of the US Congress and many conservative states in the union.  Among others, the executive order expanded the DACA that was passed in 2012 and extended deferred action to parents of United States citizens and Lawful Permanent Residents.  The implementation of DACA was to start on February 18, 2015, while DAPA was to start in May of 2015. 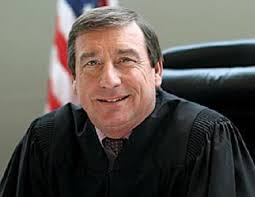 But on February 17, 2015, Judge Andrew Hanen, a federal district court judge in the Southern District of Texas, Brownsville Division, issued a preliminary injunction that temporarily blocked the implemenation of DACA and DAPA.  The injunction suit was intiated in December of 2014 by Texas and 25 other states in the union.

The suit alleged that President Obama, by the executive order, had exceeded the limits of his executive power, violated the separation of 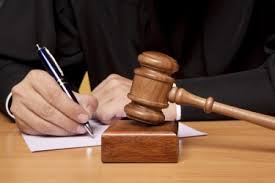 powers, the Administrative Procedures Act (APA) and the Immigration and Nationality Act (INA).  The federal district court ruled that the 26 states had standing to initiate the suit, and also agreed with their claims underlying the suit.  The United States is expected to appeal the preliminary injunction to the US Supreme court.

The Government is expected to argue that the district court decision that the states had standing to bring the suit was erroneous; and the President through the Department of Homeland Security (DHS), did not exceed the limits of his prosecutorial discretion; and did not also violate the APA and INA. 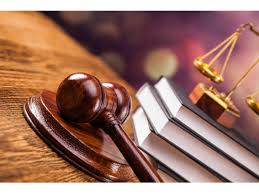 The United States is set to Appeal the Injunction

Among others, the district court ruled that the states had standing because the implementation of the expanded DACA and DAPA would have cost them much needed revenue.  Specifically, the court stated that it will cost Texas a lot of money to process driver’s licenses and to educate and provide other services to the immigrants that would have been accorded legal immigration status.  The court also stated that the state assumed a standing that was abdicated by the Federal Government’s failure to remove the immigrants that it was supposed, under law,  to remove, and instead granted them legal status.

But a closer look at the decision shows that the states would not have suffered any injuries, and the federal government did not abdicate its power to act in an area it was supposed to act.  The enforcement of DACA and DAPA would have in fact benefitted the states.  The cost of processing driver’s licenses in almost all the states in the union are borne by beneficiaries of the licenses, and from the process, the states in fact gain revenue.  The expenses on education of the immigrants would have resulted in long term manpower benefits to the states.  Additionally, it is not every illegal immigrant that the state spends its revenue on.  Some of these immigrants enter the United States already very educated, and then use the education to benefit the states in which they reside. 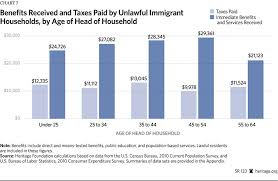 Additionally, the decision that the states had standing by abdication was erroneous because the Federal Government did not abandon its duty of removing the illegal immigrants by the extension of the deferred action to them.  Rather, the Government decided only to withhold the removal of the immigrants for a temporary period, and to use the deportaion resources on other more imperative types of deportation.

Moreover, the preliminary injunction would not have really redressed the cost to the states of processing driver’s license application and providing other benefits  to the immigrants if they were granted legal status. The states still continue to provide benefits to these immigrants even without the enforcement of a DACA and DAPA program.

The court’s decision that the President exceeded the limits of his prosecutorial discretion when he extended the deferred action was also erroneous.  The power to enforce the DACA and DAPA programs were well within the the enforcement powers that Congress delegated to the DHS.  Congress delegated to the DHS and other agencies the power and discretion to remove or not to remove and to withhold removal of aliens as they deem fit.  Deferred action is one of the prosecutorial discretions that resulted from the congressional delegation of the power and discretion to remove.  The DACA and DAPA programs are the expression of such prosecutorial discretion.  The DACA and DAPA directive were not a usurpation of the legislative power of congress, but only a policy guide to the enforcement of a power that congress has already delegated to the DHS.

The court’s decision that the executive order violated the APA or the INA was erroenous as well.  The executive order did not violate the APA. It is true that DACA and DAPA involves rulemaking under the APA, which requires a notice and comment procedure that the DHS did not follow before implementing the program.  The ensuing rule could also be subject to judicial review.  But the notice and comment procedure is exempt and the rule not subject to judicial review if the agency action is in an area exclusively committed to the agency.  An example is an area that is particularly within the agency’s expertise and over which it is far better equipped than the courts to deal with.  Additionally, the agency’s refusal to act would generally not infringe upon areas that the courts are called upon to protect, such as individual liberty and property. 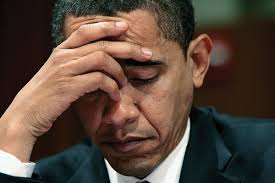 In this case, the act of deciding not to remove aliens under the DACA and DAPA programs is exclusively commited to the DHS, and because of this, it was not subject to the APA notice and comment procedure and to judicial review, and therefore, did not violate the APA.

The executive order did not violate the the INA.  Though the order temporarily postponed the removal of aliens that the Government was supposed to remove, it did so under a deferred action procedure that has roots in the INA, and therefore, could not have violated the INA.