A preference category immigrant is an immigrant visa beneficiary that has been classified by her petitioner but cannot apply for an immigrant visa (Green Card) to enter the United States because no visa is yet immediately available to her.  The Citizenship and Immigration Services (CIS) issues the immigrant beneficiary a priority date that is listed on the notice of her approved alien relative petition.  The priority date is the date, in the case of a family based petition, on which the alien relative petition was filed with the CIS by the petitioner.  The alien beneficiary would then have to stay in the preference category, also called “The Waiting List”, until an immigrant visa becomes available.  A visa becomes available when the priority date on the alien relative petition becomes earlier than the stated cut-off date under a a particular Preference Category on the the United States State Department immigration visa bulletin.

There are four preference categories in family sponsored visa petitions, 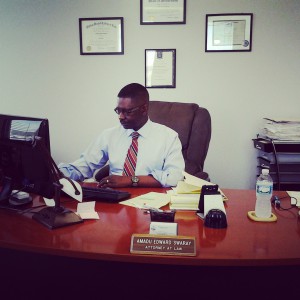 and to which the United States Congress allocates a maximum number of visas in each fiscal year.  The categories are as follows:

First:  (F1) Comprises unmarried Sons and Daughters, age 21 or older, of United States citizens.  Congress allocates 23,400 visas plus any number of unused visas from the Fourth preference category each year to this category.

Second:  (F2) Comprises spouses and children, and unmarried Sons and Daughters of Permanent Residents. Congress, each year, allocates 114,200 visas plus any visa left overs after the 226,000 visa allocation in all the other categories plus any unused visas in the First Preference Category.  F2 Preference Visa Categories are subdivided into F2A and F2B.  The F2A visa subdivision comprises all spouses and unmarried children, under 21, of Permanent Residents.  The F2B category comprises unmarried Sons and Daughters, 21 years or older, of Permanent Residents.  Of the 114,200 visas in the F2 category, Congress allocates 77% or approximately 87,973 visas to the F2A category while it allocates 23% or 26,266 visas to the F2B category.  Of the 77% overall visa allocation to the F2A category, 75% are exempt from the visa per-country limit.

Third:  (F3) Comprises married Sons and Daughters of US citizens.  Congress allocates 23,400, plus any left over visas in the First and Second preferences in this category.

Fourth:  (F4) Comprises Brothers and Sisters of adult US citizens.  Congress allocates 65,000, plus any unused visas from the first three preferences.

Let us suppose that a United States citizen acquires an approved alien relative classification from the CIS for her adult Daughter that is over 21 years old, but the beneficiary, after the establishment of the application priority date, gets married to an alien.  What then happens to the approved alien relative petition after the marriage?  Does the marriage extinguish the petition?

The answer to this question, which very often confronts the ill-informed immigrant visa beneficiary, is no, because the doctrine of automatic conversion springs to the rescue of the petition, and saves it from destruction.

But what happens if the alien beneficiary’s marriage fares badly and she is forced to dissolve it even before the completion of the immigrant visa process?  Does the dissolution destroy the approved alien relative petition and the concomittant new Third Preference Category?  If not, is she stuck in the category?

The answer is no!  The Code of Federal Regulation (CFR), in support of the automatic conversion theory, states that when the dissolution event occurs, the beneficiary’s classification reverts back from her present F3 category to the former F1 Preference Category, where she was before she conjugally became active.  Again, under the automatic conversion theory, no special legal intervention is warranted.  The appropriate event shifts occur automatically and by themsleves. See 8 CFR 204.2(i) (1) (iii).

As one can see, by now, automatic conversion is a refuge to approved alien relative petitions that are kept on the waiting preference category cliff.

The writer of this blog, Amadu Edward Swaray, is an immigration attorney with Swaray Law Office in Brooklyn Center Minnesota.  Brooklyn Center is one of the contiguous cities around Minneapolis, Brooklyn Park, Crystal, Robbinsdale, Anoka and Champlin.  The article is not intended to be a legal advice to anyone, but a mere legal information.  If you or someone you know is interested in knowing more about family immigration visas, and or Automatic Conversion, in particular, contact the Law Office at 763-549-0670 or swarayassociates@cs.com.