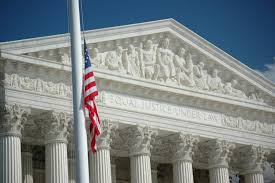 If they are unlawfully resident in the country, and an immigrant visa classification application that was filed for them was approved, they are required to leave the United States to attend the visa interview at an overseas United States embassy.  After the interview, the State Department would require them to get a waiver of the accrued unlawful presence, without which, it will not issue an immigrant visa to them to re-enter the country.

Before the 2013, the waiver application was filed with the Citizenship and Immigration Services (CIS) on a Form I-601.  The process was very long and cumbersome, during which the applicants were required to remain abroad for the many months in which the application was processed.  For some individuals, the process caused lengthy separations from family members that they had left behind in the United States.  The separation, in turn, created significant emotional and financial hardships on both the applicants and the family members.  In fact, there were cases in which many United States citizens and Lawful Permanent Residents relatives refused to travel abroad to seek and obtain the immigrant visas because of the associated problems.  The CIS and Department of State also felt the pain of these processing problems. It made their processing work inefficient and their consular interviews and interagency communications and appointments repetitious, and resulted in overuse of agency manpower and financial resources.

It was to alleviate these problems that Congress authorized the 2013 unlawful presence provisional waiver under INA Section 212(a)(9)(B)(V).  The waiver is to be filed on a form I-601A.  Under this rule, a person that is a spouse or relative of a United States citizen with an approved immigrant classification can apply for a waiver of an accrued unlawful presence while in the United States, and wait for an approval of the application before departing the United States to attend his visa interview at an overseas US Embassy.  But the benefit was limited to approved family based classifications, and even then, it was limited to spouses and parents of United States citizens only.

The extension of the provisional waiver to individuals with final orders of removal, deportation or exclusion came with well-specified limits.  First, the waiver applicant in this category should, as a first step, obtain an approved Application for Admission to the United States After a Deportation, Removal or Exclusion while still in the country before filing the provisional waiver application.  Second, during the immigrant visa interview, if the consular officer finds that the applicant is inadmissible on other grounds that have not been waived, the approved provisional waiver will be automatically revoked. For example, the waiver will be automatically revoked if the individual had entered the United States without inspection, admission or parole after a prior removal or prior unlawful presence.

The expanded waiver benefit also eliminated the “reason-to-believe” standard that adjudicators had used to deny waiver applications if they had reason to believe that the applicant may be subject to a ground of inadmissibility other than unlawful presence at the time of the visa interview abroad.  The elimination now forces the adjudicators to consider only whether the applicant has established extreme hardship, and whether his application warrants a favorable exercise of discretion.

The expanded provisional waiver rule is projected to be used by at least one hundred thousand applicants in a ten year span.  Of this number, about 44,000 will be family based, while about 56,000 will be from all the other immigrant categories.  It is also projected that within this period, it will cost the CIS and the applicants a total of at least $52 million.  But this cost will be offset by the alleviation of the burdens and hardships to applicants and the CIS inflicted by the pre-2013 unlawful presence waiver.

The writer of this blog, Amadu Edward Swaray, is an attorney at Swaray Law Office in Brooklyn Center, Minnesota.  Brooklyn Center is one of the northern suburbs of Minneapolis.  It is contiguous to Maple Grove, Crystal, Fridley, Brooklyn Park and Robbinsdale. You can reach Swaray Law Office at 763-549-0670 or swarayassociates@cs.com or www.swaraylawoffice.com

The US District Court Grants Defendants’ Motion for Summary Judgment