Should I Execute a Form I-864 Affidavit of Support for my Immigrant Relative?

For those who want to file immigrant visas for their relatives, a Form I-864 Affidavit of Support, is critically important to the process.  It is a form prepared by the Department of Homeland Secuirty (DHS) and used by immigrant sponsors to make a contract

to be financially responsible for their relatives that they help to bring to the United States at a household income of 125% of the federal poverty guideline, and to protect them from being a public charge.  The DHS, in turn, grants the relative an immigrant visa or a Green Card.

The contract is executed only by the DHS and the sponsor, not the relative.  The relative only promises, under the contract, to assist the sponsor with financial obligations created by a relative that accompanied her under her immigrant visa visa to the United States. 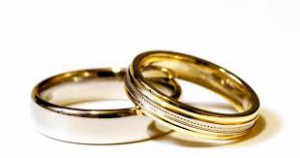 The sponsored immigrant is the third party beneficiary to the contract.  This means that she is entitled to the benefits of the contract even though only the DHS and the sponsor executed it. 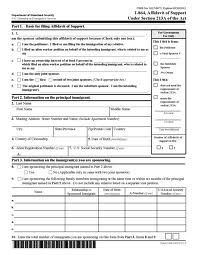 The sponsor’s failure to support his relative is a breach of contract for which the DHS and or the immigrant relative can sue for damages.  DHS could sue the sponsor for reimbursement of any financial assistance given to the sponsored.  The immigrant relative can sue her sponsor for damages for failure to provide support.  Under the federal laws guiding the contract, the suits can be brought in any appropriate federal, state or local court.  Given the nature, the suit may be tried before a judge or jury.

Most people that elect to provide sponsorship to their immigrant relatives are motivated by the desire to help with the successful immigration of the relative.  Most of them, though fully aware of the legal 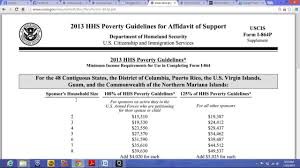 consequences of their support, would still bind themselves to the contract.  Most do not expect to be sued by the relative, and in many cases, the relatives do not sue their sponsors.  They are ususally very grateful for the support and after they get their immigrant visas, they focus on the challenges of their lives in the United States. 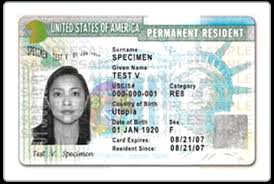 Some, however, would seek to enforce their rights in the event of the sponsor’s breach of the contract.  These few usually do so as a reaction to conflicts that germinated in their relationships with their spouses.  For example, their spousal relationship results in a divorce, in which the sponsor successfully pursues his immigrant relative for child support, child custody, spousal maintenance, and also gets a significant chunk of the marital asset that the relative individually acquired during the marriage.

This article is produced by an attorney at Swaray Law office situated in Brooklyn Center in Minnesota.  Brooklyn Center is contiguous to Minneapolis and its northern cities of Brooklyn Park, Crystal, Plymouth and St. Louis Park, among others.  The law office has a proud record of providing legal services to communities across the United States for over 15 years.

Another Contribution to Caselaw