A Valid Wiretap Must Conform With the Law

Wiretapping is the act of listening in on another person’s electronic communication whether by phones, computers and other devices.  In the United States, governments have used it as a law enforcement and espionage tool.  The listening is usually covert, and unknown to the target, and with the purpose of getting information on his criminal, security threat and other suspicious activities.  The use is justified if It is within the limits provided by law, and part of the Government’s effort to protect and maintain the safety and security of its subjects from harm and danger from the suspects.

There are many provisions of the United States Constitution that authorize wiretaps.  The most obvious is the Fourth Amendment, which permits reasonable searches and seizures that are supported by warrants, probable cause or reasonable suspicion.  There are other laws — extensions of the Fourth Amendment and other provisions of the Constitution —  that also specifically support wiretapping.  The most notable is 18 U.S.C Section 2518.  This law lays out the procedure and scope for intercepting wire, oral or electronic communication. To wiretap a person’s phone or other device, the government agency must apply to a court for an order, and the application, in order to be granted, must show that the wiretap is necessary.  To be necessary, the application must contain a full and complete statement that the agency has tried normal, traditional investigative procedures that have failed before its decision to wiretap.  The agency could also just show that the traditional procedures are dangerous and unlikely to succeed if tried.  Examples of normal, traditional investigative procedures are standard visual or oral surveillance techniques, questioning and interrogating immunity protected suspects for information on others, the use of regular search warrants to gather necessary evidence, or use of undercover police or informants to infiltrate conspiracy groups, or use of pen registers and trap and track devices to collect information. Deficiencies, such as material misstatements and omission of relevant information from the application, and use of general boilerplate language common to a particular warrant application, just to justify that a surveillance is necessary could convince a judge to deny an application. 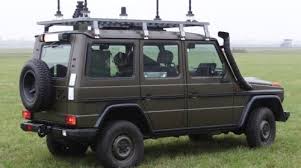 An order for the interception of a criminal suspect’s communication must also contain a minimization requirement to conform with Section 2518.  Minimization defines the scope of the surveillance interception order.  Under Section 2518, the interception cannot go beyond the period necessary to achieve the investigation goal, and in most cases, must not be longer than thirty days, which may be extended if requested in an application that conforms with the procedure for obtaining the original warrant order. If the application and the order do not conform with the Constitution and other relevant laws, any evidence obtained from the subsequent wiretap, could be suppressed.  Under Section 2518, in particular, the suppression proceeding is initiated by the affected person via a motion, which will be heard before the main trial of the criminal suspect. 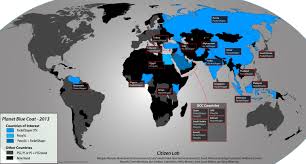